For many years, we've followed the perspective of Dave Rosenberg. Last week he explored the... 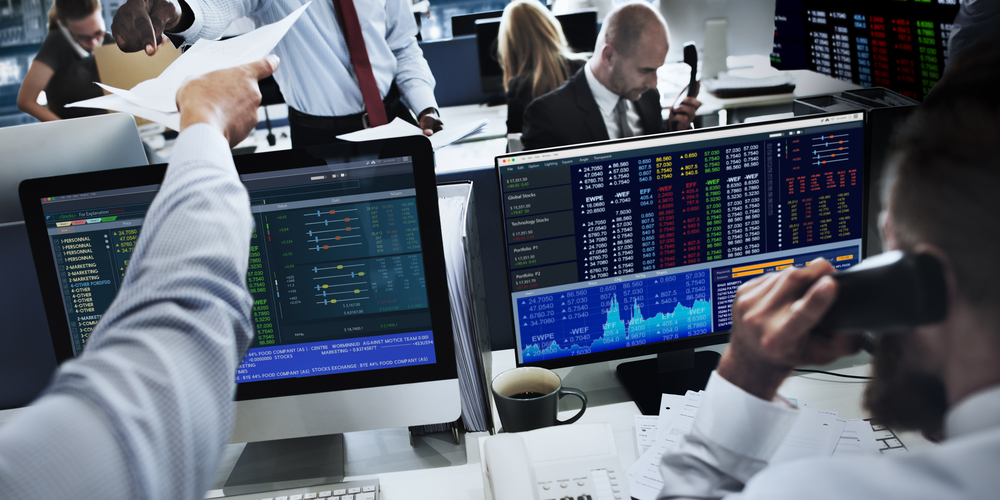 For many years, we've followed the perspective of Dave Rosenberg. Last week he explored the building credit bubble within corporate balance sheets, and we wanted to share these insights with you. The information is quite in-depth, so we encourage you to reach out to your team at Barry if you have any questions or would like to discuss these perspectives.

The Fed published its Financial Stability Report last week and the comments on the bubble on corporate balance sheets sounded eerily similar to the warnings on all sorts of mortgage debt instruments over a decade ago. Here are just a few of the snippets — the next recession likely won’t cause a run on any banks, but the financial market implications promise to be problematic in any case.

Asset valuations remain high relative to their historical ranges in several major markets, suggesting that investor appetite for risk is elevated...Equity prices relative to forecast earnings remain above the median value over the past 30 years.

Spreads on high-yield corporate bonds over benchmark rates are inversely related to valuations and are low relative to their historical range.

The sizable growth in business debt over the past seven years has been characterized by large increases in risky forms of debt extended to firms with poorer credit profiles or that already had elevated levels of debt.

Credit standards for new leveraged loans appear to have deteriorated further over the past six months. The share of newly issued large loans to corporations with high leverage—defined as those with a ratio of debt-to-EBITDA (earnings before interest, taxes, depreciation, and amortization) above 6—increased in the second half of last year and the first quarter of this year and now exceeds previous peak levels observed in 2007 and 2014, when underwriting quality was poor.

The ratio of debt to assets for all publicly traded nonfinancial firms, including speculative-grade and unrated firms, remains close to its highest level over the past 20 years. In 2018, the firms with the most rapid increases in their debt loads had riskier financial characteristics—higher leverage, higher interest expense ratios, and lower cash holdings.

Although the increase in nonfinancial business debt has been broad based across most sectors of the economy, it has become increasingly concentrated among the riskiest firms. Detailed

balance sheet information of publicly traded nonfinancial firms reveals that, over the past two years, the firms with the most rapid increases in their debt loads have higher leverage, higher interest expense ratios, and lower cash holdings.

Alongside these developments, standards and terms on business debt have continued to deteriorate. Although recent data from the Senior Loan Officer Opinion Survey on Bank Lending Practices indicate little change in lending standards for commercial and industrial (C&I) loans, banks had been easing these standards over much of the past two years.

The risks associated with leveraged loans have also intensified, as a greater proportion are to borrowers with lower credit ratings and already high levels of debt. In addition, loan agreements contain fewer financial maintenance covenants, which effectively reduce the incentive to monitor obligors and the ability to influence their behavior.

The Moody’s Loan Covenant Quality Indicator suggests that the overall strictness of loan covenants is near its weakest level since the index began in 2012, and the fraction of so-called cov-lite leveraged loans (leveraged loans with no financial maintenance covenants) has risen substantially since the crisis.

As of the first quarter of 2019, a little more than 50 percent of investment-grade bonds outstanding were rated triple-B, amounting to about $1.9 trillion.

A significant weakening in the economic outlook likely would trigger some downgrades of these bonds to speculative-grade ratings and possibly cause some investors to look to sell them rapidly. Given the smaller size of the market for junk debt, a large volume of such sales into a relatively illiquid market could amplify price declines.

The historically high level of business debt and the recent concentration of debt growth among the riskiest firms could pose a risk to those firms and, potentially, their creditors. The most risky firms are also the ones most likely to be financially constrained.

Hence, their investment and employment are particularly vulnerable to a widening in corporate debt spreads and a tightening in lending standards.

Even without a sharp decrease in credit availability, any weakening of economic activity could boost default rates and lead to credit-related contractions to employment and investment among these businesses. Moreover, existing research suggests that elevated vulnerabilities, such as excessive borrowing in the business sector, increase the downside risk to broader economic activity.

A slowdown in economic activity could result in an increase in default rates, which would lead to elevated credit losses at financial institutions holding corporate debt, especially given the reduced amount of covenant protection on leveraged loans. Higher default rates and losses could also materialize through a sharp repricing of credit risk, which would lead to an increased debt service burden on firms with financing needs.

Among U.S. financial institutions, insurers are the largest investors in corporate bonds. One risk related to insurance companies’ exposure to business debt is that credit rating downgrades of

corporate bond holdings would lead to higher capital charges, which could prompt insurers to liquidate portions of their portfolios, potentially generating spillover losses to the broader market.

Relatedly, a large increase in credit spreads would reduce the market value of those holdings. In addition to being large holders of corporate bonds, insurance firms have also increased their investments in CLO tranches steadily since the crisis, in part because CLOs receive favorable capital treatment for insurance companies.

Banks are important sources of funding for businesses and, as a result, face exposure to credit risk through C&I loans, leveraged loans, and CLOs held on their balance sheets. Large banks, in particular, face additional risk given their central role in the leveraged loan market. For example, pipeline risk arises between the time when a bank commits to underwrite a leveraged loan and the time when it sells portions of the loan to nonbank investors.

If market sentiment shifts abruptly, resulting in lower investor demand for these loans, the bank may need to hold a larger portion of the loan on its balance sheet than it expected.

Finally, banks may also face indirect exposures because they act as lenders to nonbank financial intermediaries that may, in turn, be directly exposed to elevated losses on leveraged loans.

Investors in CLOs, including insurance companies, banks, and other financial intermediaries, face the risk that strains within the underlying loan pool will result in unexpected losses on higher-rated tranches of the CLOs. The extent of these losses depends on the conservatism of the CLO structure—specifically, the amount of subordinate tranches and equity.

Moreover, insufficient market liquidity for CLO tranches could amplify these risks. The secondary market is not very liquid even in normal times, and liquidity is likely to deteriorate in times of stress, which could amplify any price declines.

Open-end mutual funds and exchange-traded funds that hold bank loans or high-yield bonds permit investors to redeem their shares daily, while the underlying assets can take substantially longer to sell. This mismatch suggests that investors may perceive some incentive to redeem their shares early if they think others are likely to try to do the same. Although widespread redemptions on mutual funds other than money market funds have not materialized during past episodes of stress, a sizable wave of such redemptions during a stress event could depress bond and loan prices, raising the cost of funds to businesses.

If the economy were to slow unexpectedly, profits of nonfinancial businesses would decrease, and, given the generally high level of leverage in that sector, such decreases could lead to financial stress and defaults at some firms. Also, given that valuations are elevated for a number of markets, investor risk appetite and asset prices could decline significantly. In addition to generating losses for the holders of the assets, a decline in asset prices could affect the financial system more generally either by impairing banks’ ability to lend or by inducing runs on withdrawable liabilities.

If you’re saving for your child’s higher education, you probably have a lot of questions besides...

END_OF_DOCUMENT_TOKEN_TO_BE_REPLACED

They say crime doesn't pay, but Frank Abagnale may be the exception to the rule. During his...